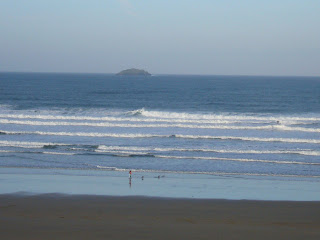 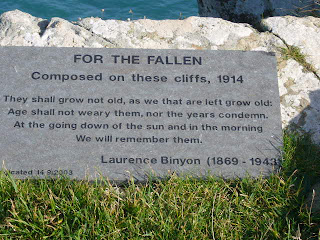 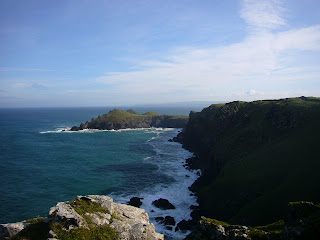 Have to admit I had been hoping that the Alder Flycatcher might still be around but as Saturday would be my day with a hire car to myself it was looking tricky when I heard the bird had been trapped and ringed on the Thursday afternoon. I was right to be worried by the Friday am there were no sightings.Not that I needed this little bird for my World List but for my UK Life list - it was a first for the UK provided its accepted.(I saw one in Canada in 2004)

Still who could anticipate what the w/e held?

I certainly didn't.My wonderful w/e began with a self found Yellow-browed Warbler on route to the beach at Polzeath...we were after breakfast! Two of my friends were walking in front and had gained quite a bit on me as I watched and listened for birds.Starlings, H.Sparrows,Woodpigeons just like being at home (altho no sign of the noisy RNP's!)
Then I saw a YBW perched up in a treee/shrub and i was able to watch it for about 3 mins in the sun! Then it dropped down and I left.
There were lots of Rooks and Jackdaws and some Crows a very few Magpies.
On after breakfast with a walk around Pentire Point.There were many birds to see here
various gulls mainly Herring and LesserBB with an occasional Common.There were lots of Oystercatchers and there were lots of Rock pipits! I was surprised at how many! Pied Wagtails, Meadow Pipits by the score!
Kestrels were hunting from the cliff edges....and being successful.A Curlew was spotted along with several Dunlins.Three birds were flying a fair way off shore....Gannets!
Stonechats were perching up.
A Longtailed Skua was seen flying purposely west.

A mainly white bird which appeared to have orange or a bright yellow on it was chased over our heads by Crows.Whatever it was I could not get a good sight of it with my bins as it went so fast! bird sp!

On the way across a field and on through a slightly wooded area I saw Chaffinches being the most numerous of the song birds...with Blackbird, Robin and Great Tits. Then on a wire was a Linnet with a couple of others lurking below!
Blue Tits were heard and finally one seen!A Song Thrush was spied.

Not bad for a walk chosen by my non birding friend John having read it had birds!

On route for Newquay I saw a Red Kite near to St Columb Major. (Please note all birds of note have been sent on to the Bird Recorder for Cornwall) Red Kite in Cornwall are noteable.
Posted by Eagleseagles at 4:37 PM