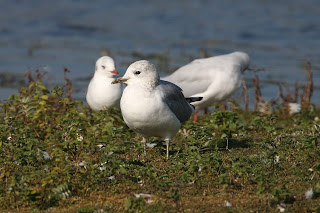 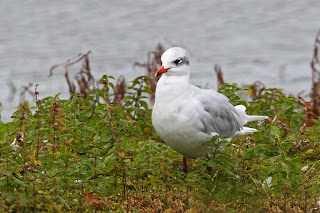 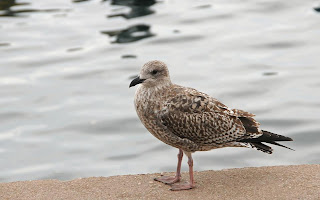 More gulls seen (seeking permission to post these - but will acknowledge anyway - if they are yours and you object -let me know and I will remove them)to be honest I may have seen these gulls - as they were both in Cornwall and I saw a Med Gull and at least 2 Common Gulls (at different places) but I did not see them at the place these photos were taken! They looked just like the gulls in the photo's which was my point!
But as for the third bird I cant remember why I posted it but it is a nice gull!

Perhaps its a beauty contest?
Posted by Eagleseagles at 10:47 AM

The 2 in-background, are they Adult winter Black-Headed Gull's ?

The last 1, Juvenile Herring?
Over to you sneaky.