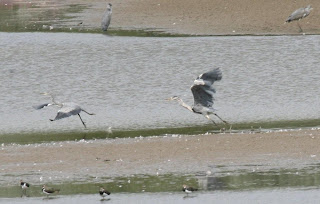 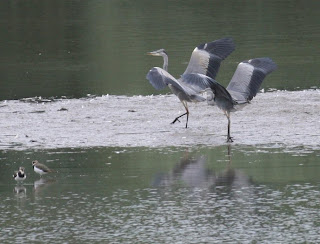 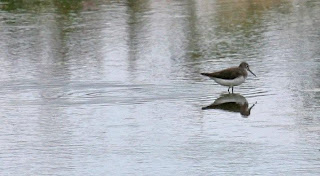 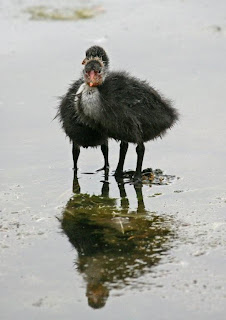 Monday found us wandering around Sussex - first Ardingley Reservoir in the Loder Valley to try to photo a posing Kingfisher....nope the nesting adult Kingfishers had said goodbye to their fledglings and were seen leaving the roosting site!

So on to East Grinstead for coffee as the delightful village coffee shop was shut!

Thence to Weir Wood Reservoir where a friendly local birder engaged in conversation and happy bird watching - whilst my friend went into the hide to take photographs.

Common and Green Sandpipers among the grey herons (many) including lots of juvs...successful breeding season by the looks!

No sign of the hoped for Osprey altho a couple of other regulars joined us and good banter took place.

So then it was to where?

Pulborough - thoughts were - Pats not been - a nice cafe (for coffee) and loo stop!
What might be about not high on the list altho oner of the guys talked about the possible Butterflies......

pleasant day if over cast.....

Burton Mill Pond - well been there before but much liked so off we went......


Not huge numbers of birds sen but Dragons and Butterflies were about.
Posted by Eagleseagles at 10:42 AM