The everlasting catching up! 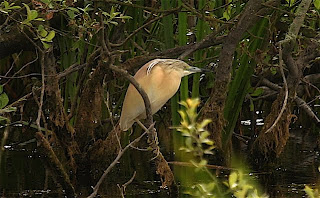 Chris Bonds photo taken on the day I saw this bird. From the great to the tiny! 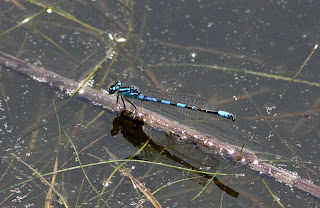 Terry Laws beautiful capture of a Dainty Damelsfly on the Isle of Sheppey. I am seeking permission to use this image.
June has been busy!
But I was able to do some birding!
The Roller was the first to make me drop the emails and work and go and see it .
Suffolk not being that far away and it would be a uk lifer!

Then it was to catch up with Honey Buzzard/Puffin great! So glad they were in the same area of the Country!

Norfolk has been callng for a while and those Golden beauties were an increased desire with a Pec Sand and a Red footed falcon in the County - I do like Norfolk!

In between a Squacco appeared at Dungeness!

All good but the problem of the Robin oop north when i was unwell was a downer!
And as to the birds in Aberdeenshire -thats when i wished I wasn't on the Council! Retired I may be but with those responsibilities impossible to get away!
Posted by Eagleseagles at 5:45 PM