A trip to Sheppey 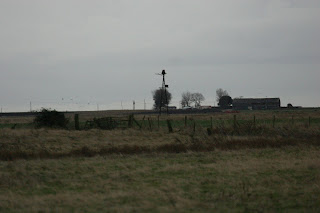 Two year ticks
Hooded Crow which was very elusive! and a distant Short-eared Owl.
(There will be a few pics - just have to download them- laters!)

There were many flocks of different species who appeared really flighty. Yes there were lots of Marsh Harriers and at least two Hen Harriers but what really was spooking these birds? Was it a Peregrine or Merlin as neither were seen at all by two people who were scanning keenly!

There appeared to be hundreds of Golden Plovers and a few Ruff in there as well. Flocks of Lapwings. all very flighty - just when were they supposed to eat?

Teal were examined with a fine tooth.Never got the chance to scrutinese the Goldies!
There were several Common Buzzards and late in the afternoon talking with another birder they had sen the Rough leg on a pile of manure/straw earlier in the day....perhaps when I was asked to scope the second straw bale/pile that was were the RLB was - I didn't realise I was looking at a wrong place and couldn't see one straw bale. But we were in an incident at this juncture so perhaps it was inevitable something would go wrong...more re this later when Seth has had a chance to blog!
I'll add an internal link here for his tale! I did find Seth- Skylarks whilst he was engaged in car antics.

We went up to Harty Church and a walk through the field to the gate scoping as I went for the Hooded Crow. We had to get right to the gate before we were able to even have a 30 sec blast at him! Seth managed to find him but he was off within 30 secs so only a little look -thankfully seen lots of these before!

Of the Avocets (lots seen yesterday at Oare in morning - which is where I wanted to start - still Seth had gunned the car to sheppey before I could squeek!)there were none showing from where we were opposite - saw they were in the creek which is tricky from Harty ! The 15 Great Crested Grebes were seen but later at Harty Inn we didn't spot the GNDiver that was reported in the Swale by the Oare guys.Dont think the pint in the pub had anything to do with it!

Back to the Fleet another frustrating search for the RLB...a Barn Owl was called across to us by some birders on the mound - we were at the bend probably round it by now!

Good call as a lovely ghostie was flying and there was interaction with a Kestrel.
In fact there were at least a dozen Kes seen on the Island today!
Reminded me of the bird of the week on Birdguides -
there is a sequence here 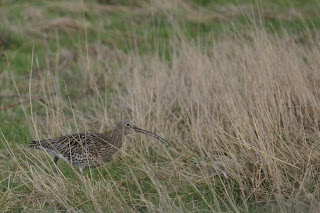 Seth spotted a distant Short eared owl which was picked up in my scope quickly!
Well there was no sign of RLB so we walked to another vantage point and scanned again. No luck this time.

Seth had a meal in Southampton for 7 so we really had to leave...thats a tough call when you cant stay until the light has gone!

Still a very enjoyable and interesting day - not just cos of the incident but also due to the very exciting possible project Seth may be involved in very soon!
(all very hush hush at the mo!)

Happy Birthday, Seth for Wednesday! Enjoy your special birding treat on Sunday and here's to the next mega! Happy Hunting.
Posted by Eagleseagles at 12:21 PM

Well it sure is have scope will travel for you C, your reports are brill, and those Gulls!!! oh boy, i do like seeing other birds though. I just dont know how you put in all those miles, i just find after an hours drive i have had enough, and motorways!!!! are a nightmare for me. Thats why i have over the last few months thought local will have to do. Anyway have really enjoyed your blog, some great tales these last few. I was so engrossed in your sheppy report, i forgot to leave any comments! hence the e-mail. Keep em coming.

(copied from an e-mail from Paul!)
Thought I'd share it!
faint smailes
C

The trick is dont do all the driving!
The trip to Sheppey and back was much quicker than I usually do it - as Seth was driving!

Mind I am still awaiting his version of the day! So some of us are quicker than others at different things.

That report'sall written up now so feel free to add the hyperlink C! Sorry the day's events were so rushed. If its any consolation, my birthday meal was superbly enjoyable!!! Cheers
Seth.