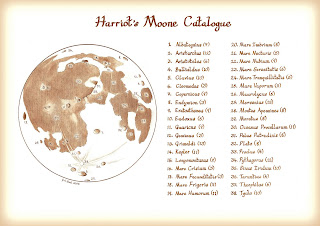 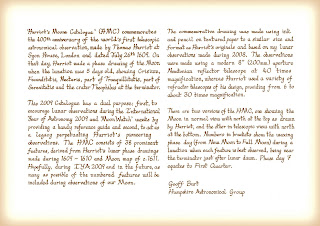 So for all the Galileo fans out there....

Thomas Harriot made first observations of moon through telescope

On July 26th 1609, several months before Galileo, an English scientist, Thomas Harriot, carried out the first observations and drawings of the Moon made using a telescope at his residence in the grounds of Syon House, West London.

There is very little public recognition of Thomas Harriot in the UK and no lasting memorial to his very considerable achievements in maths, physics, engineering as well as astronomy.

He collaborated with some of the most brilliant scientists of his time. He was a close friend and in the service of Sir Walter Raleigh, with whom he sailed to Virginia as a scientist/explorer. His lunar observations were remarkable for the time. His very detailed observations and drawings of the Sun and sunspots may also have been the first. He also recorded the motions of Jupiter’s satellites. Read this biography of Harriot, specially written for this event by Dr Allan Chapman of Wadham College, Oxford.


* There will be a celebration of the 400th Anniversary of the first ever telescope observations of the Moon - made by Thomas Harriot at Syon Park in Middlesex on July 26 1609 on Sunday 26th July 2009.
Telescope 400 will draw attention to the importance of the telescope in astronomy today and in the past and highlight the unique contribution to UK astronomy made by Thomas Harriot (1560 - 1621)
Posted by Eagleseagles at 8:15 AM